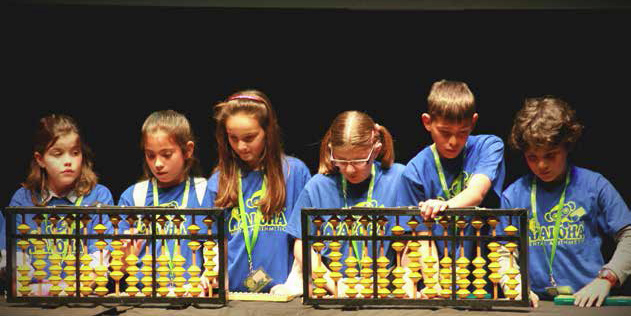 ALOHA International Competition is held every year. This time the meeting took place in two stages: first in May 2012 in the city of Ipoh, Malaysia, and then in the city of Sydney, Australia, the second meeting in August. 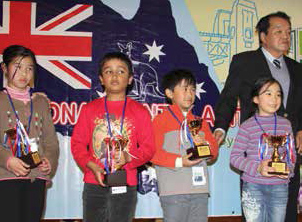 Participants with the competition trophy

Hundreds of students from around the world revealed a desire to take part in competition.

Students from China, India, Indonesia, Malaysia, Bangladesh, Australia, Spain are traveled with his parents to take part in the competition. The competition was conducted in seven groups and began with the fact that the participants showed their ability to count different mathematical operations. Then the official competition began with the fact that the students were given the task in five minutes to calculate the sums of 70 different complexity and different calculations.

After the end of the competition winners received trophies and other participants received meritorious. 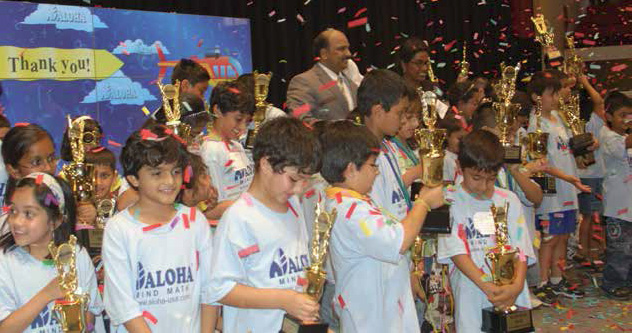 Adopted and developed the abacus computational method from China and Taiwan, Mr. Loh Mun Sung founded ALOHA in 1993, having the objective of introducing the arithmetic programs to, likewise benefiting, the children of Malaysia ages 5 to 13.

ALOHA Mental Arithmetic- is a program that in the best way teaches your children skills of calculi. This course will help each child learn to perform mathematical operations in the mind quickly and accurately.

Accelerate the development of analytical abilities of the child.

To help children develop their minds and make quick mental calculations, sign up for a free trial session.